Michael Simms, a multi-award winning artist will be demonstrating portraiture

Ranging from traditional portraiture to explorations of identity in the digital age and queer culture, his diverse paintings and drawings combine elements of classicism, romanticism, surrealism and psychology.  Michael completed a degree in psychology in his hometown of Adelaide before winning a scholarship for Sydney’s historic Julian Ashton Art School. In 2018, he was awarded the Royal Art Society of NSW Young Artist Prize, the inaugural SBS Portrait Prize, and the EBNA Portrait Prize. Michael has been a finalist in several major art awards, including the Doug Moran, Black Swan and Kilgour prizes and has put several notable Australians onto canvas such as Thomas Keneally, Liz Ellis, Paul Capsis and Genevieve Lemon.

He is a resident artist at Project 504, an experimental art collective in North Sydney. 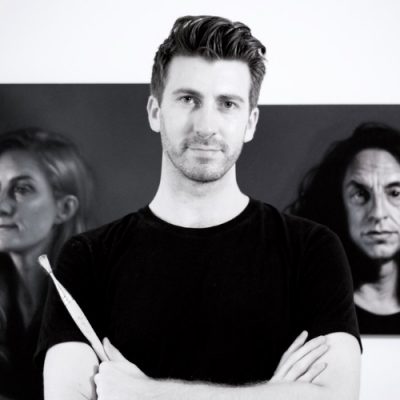